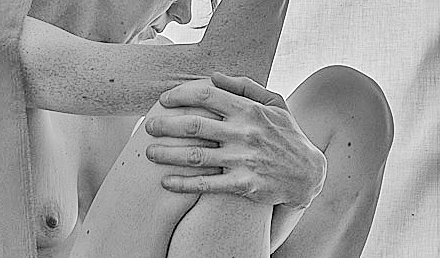 Aussie Cyril’s photo. My crop, my adjustments. My body. My creation.

Air Quality Index: Hazardous. Serious aggravation of heart or lung disease; premature mortality in people with cardiopulmonary disease and the elderly. Severe respiratory symptoms such as wheezing and shortness of breath in people with asthma; aggravation of other lung diseases. Increasingly severe respiratory effects likely in the general population. Impairment of strenuous activities and serious risk of respiratory effects in general population.

‘Bel, you cannot go out in this filthy air. I’m phoning Lily Hong to say you’re off sick again. They can cancel your classes – half the students won’t show up in this, anyway.’
After phoning, I take Bel’s breakfast to her bedside. Ominously her nose is already stuck in her iPad.
‘Oh dear.’
‘Listen to this – the novelist Yu Hua summing up modern China: “So intense is the competition and so unbearable the pressure that, for many Chinese, survival is like war itself. In this environment the strong prey on the weak, people enrich themselves through brute force and deception, and the meek and humble suffer while the bold and scrupulous flourish”’.
‘This country is upsetting your equilibrium. Here. Drink your tea. Maybe you shouldn’t come back after all, when you’re done in Antwerp.’
The look on Bel’s face chills me. ‘Joke!’ I plonk myself on her bed. ‘Don’t you dare not come back! What the heck will I do? They’d throw me out on the street in a minute. I’d be living in one of those migrant workers’ temporary huts…’
Bel coughs hard, then looks grave. ‘The truth is – the truth that’s denied by the capitalists is – there’s no such thing as a level playing field.’
‘Look, Bel – maybe you should watch a nice movie or something. Reading the news is bad for your health.’
‘In a minute. Listen – this article by Pankaj Mishra is so important, about how capitalism developed and how we are responsible for it. We British, I mean. It fits exactly with the stuff J.G. Ballard wrote about. Mishra says the belief systems and institutions we initiated – like, the global market economy and stuff – caused the big fuck-up of Europe and this is what’s now also fucking up Asia and Africa. It’s like, there’s no alternative any more. Socialism finally died a quarter of a century ago, and since then this capitalist paradigm of desire and consumption has spread right across the globe.’ She looks up at me from her iPad. ‘Why the big sigh?’
‘It’s just all too much, Bel.’ I sip my tea (evil British colonialist Typhoo).
‘But this is so important. Capitalism relies on everyone believing in the level playing field, when in truth it’s purely and inhumanly a machinery for economic growth, or in other words, the enrichment of the few. Listen: ‘Since 1989, the “neo-liberal fantasy of individualism” whereby talent, education and hard work are rewarded by individual mobility, has proliferated and spread worldwide, even as structural inequality has become ever more deeply entrenched…’ It’s what’s wrong in China…’
‘Look. We can’t do anything about this. Why get so upset?’
Bel plows on: ‘‘…The American illusion of equality of conditions which says “anyone can make it if they try

” spreads false hope.’ Plus, it promotes being an entrepreneur to a higher status than any other occupation.’
‘Everyone in Shanghai is an entrepreneur!’
Not true! Not those guys out there right now digging up that tree;’ Bel points out of the window, ‘those migrant workers from the countryside who live in those prefab huts. That’s China. People like them.’
‘So do you think there’ll be a revolution? Or is an apocalyptic catastrophe due to climate change the more likely thing to hit Shanghai first?’
‘Social unrest. It’ll start with social unrest. The trouble is, people’s sense of their own powerlessness and deprivation is much worse today because everyone, everywhere, including poor people, has tellies and mobile phones where they can see other people’s wonderful lives. Resentment builds up because we can constantly compare our crap lives with the lives of the wealthy and privileged…’ She suddenly looks hard at my skinny wrist. ‘You need to eat. You’re really scrawny.’
At last I’ve distracted her from politics!
She never, ever comments on how I look… What does this mean?